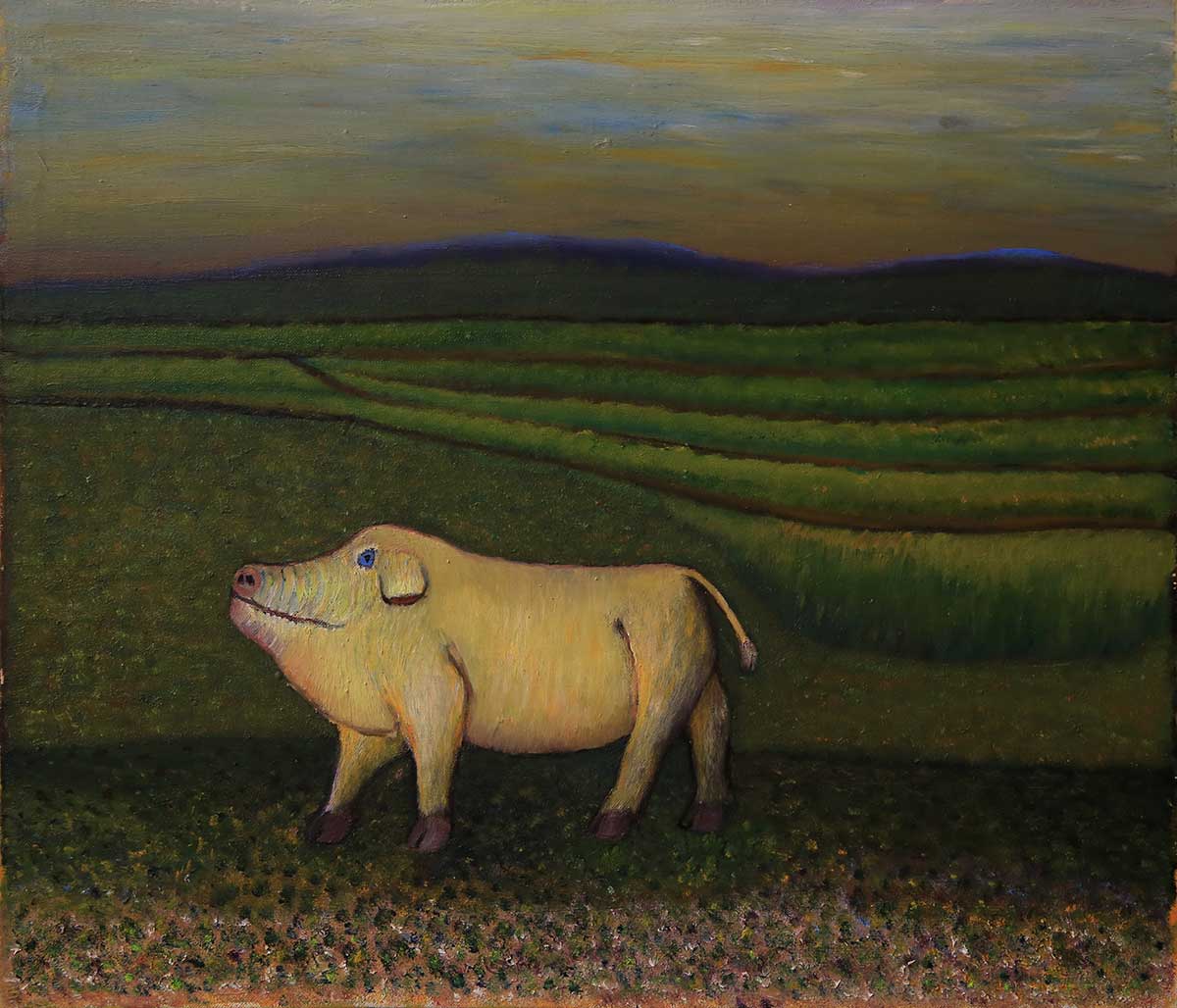 Kiyonaga Oyama
1996, National Sanatorium Kikuchi Keihuen in Kumamoto, Japan, Oil on Canvas, 530x652. More details
Kiyonaga Oyama Kikuchi Keihuen Kinyokai
The artist is originally from Amami. This picture has been in many exhibitions and is very popular. He originally considered “Wild Pig” for the title, but Mr. Yasuhiko Yoshiyama suggested that “Amami Pig” was better, so that became the name.


Kinyokai （金陽会）
The Kinyokai is a painting group started by residents of Kikuchi Keifuen in 1953. At that time, one of the male nurses did oil painting, and he would teach a group of residents who were interested in painting. The only time he had available was at lunchtime on Fridays, so that is when they met and how they got the name “Kinyokai” (Friday in Japanese is Kinyobi, and kai means “group” or “meeting”). The group started with 12-13 members. At that time, their paintings featured many dark colors, so Mr. Yasuhiko Yoshiyama, a member of the group, changed the middle character “yo” to the character for sun (also pronounced yo), to encourage them to paint brighter pictures.

Go back to previous page.