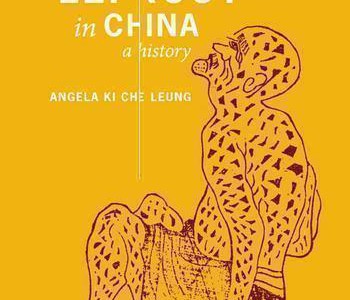 Scholarly Research on Leprosy in the History of Medicine

The current historical and critical literature concerned with leprosy has examined, in various geographical and colonial contexts, the relative strengths or weakness of colonial medicine and the role it played as an agent of colonialism (Vaughan 1991, Deacon 1994, Worboys 2000, Buckingham 2002, and Anderson 1998 and 2011). In each of these instances, a history of leprosy becomes an entry into an analysis of the workings of colonial power, and in several of the same, colonial medicine looks weak and complicit, or at the very least, contingent, seizing the opportunity presented by leprosy to enhance its professional status and authority. At the same time, colonial medicine is at the service of, or is limited by, specific colonial agendas. Alternatively, but sometimes coincidently, many of these studies also draw on leprosy as symbolic of the colonial project (Vaughan 1991, Smith Kipp 1994, Anderson 1998, Cueto 2004, Edmond 2006, Moran 2007). Some of these studies depend on Goffman’s notion of the total institution that fashions new identities, accomplishing in microcosm what colonial desire wished to achieve on a larger scale. The work on leprosy and missionaries in Africa and specifically Nigeria explores the connections between missionary work against leprosy with local, governmental, and international governance and its complex interplay (Manton).

In assessing the continuing impact of leprosy policies as well as social responses to the disease, further studies have focused upon the social stigma experienced by the leprosy affected, particularly those who were isolated and segregated (Gussow 1989). These studies attempt to account for the formation of colonies and leprosaria by explaining stigma. Literature on the history of the stigma attached to leprosy argues that it is either continuous with Biblical/Christian stigma or reinvented and reinvigorated at the end of the nineteenth century (Skinsnes 1970, Gussow 1989). The literature for Thailand examines stigma from an anthropological point of view. This includes the trajectory of stigma against leprosy from something that was not very strong to an increasingly powerful symbolic association that persists in spite of improved treatment and the disappearance of the disease. It also includes studies of attempts to destigmatise the disease and makes some interesting conclusions about the orthodoxies around stigma as it persists in language (Navon 1996, 1998). There are also studies that highlight the impact of economic imperatives on leprosy policies in specific colonial contexts (Moblo 1996, Robertson 2001).

The scholars of leprosy in the medieval world have demonstrated the extent of medieval knowledge of the disease and also dispelled some of the erroneous representations of medieval leprosy that were perpetuated in the nineteenth century.

Research on leprosy and slavery in Suriname and Colombia respectively (Snelders 2013) and (Landers et al 2015) promises exciting and interesting analyses of some of the earliest responses to the disease as it was transported into the new world. The critical literature on Hawaii examines the contribution of the mythology of leprosy to stigma and policy as well as examining the economic impulses underpinning the plantation economy that produced those polices.

The Spanish studies have connected charitable initiatives for people with leprosy in the old world and the influences of these practices in the new world. Leprosy’s symbolic power to generate benevolent support has also been explored. Studies of leprosaria in Spain and Portugal explore the disciplining of subjects within the restraints of a total institution. It would be useful to compare this with the work done in both Brazil (Monteiro) which focusses on the impacts of legislation on everyday lives of people and Colombia (Obregón) which investigates the power of the state and the uses it makes of leprosy to explore resonances in terms of governance, surveillance, and the appropriation of the symbolic power of leprosy.

The literature on leprosy in China produces an archaeology and genealogy of the nosology of leprosy and the social construction of the leprous body throughout the Imperial period, as well as tracing the interplay between Chinese and Western approaches to the disease. In this study, as in several others, leprosy is symbolic of the state of the body politic.

The critical literature in English on the history of leprosy in Japan examines the shifting discursive formations around the disease that resulted in the draconian measures instituted by the state.  It also examines the unique leprosy literature of the leprosaria in Japan that both expressed the grief of diagnosis and confinement and also was used for hegemonic purposes to maintain the status quo of state-legislated isolation. There is also a significant literature around the ethics of leprosy policies. The literature on leprosy in Korea also involves an examination of the policies, economies, national interest, and institutions that supported isolation and stigma.

The work on leprosy in the Pacific focusses on the testimonies and memories of people who have been confined and some of those who have worked in the field. Like the critical literature on leprosy policies and leprosy colonies in Malaysia, which also includes testimony, this research represents a unique collection. The work in India focuses on policies and institutions in the colonial period as well as shifts in patient activism that occurred with changing medical technologies. Both Kakar’s and Buckingham’s work in this area represent key texts.

Some scholarly works on leprosy.

Luke Demaitre, “The Description and Diagnosis of Leprosy by Fourteenth-Century Physicians” Bulletin of the History of Medicine 59.3 (1984): 327-344.

E M Toral and M T Lopez Dias, “The Influence of the San Lázaro Hospital of Seville in the Creation and Management Techniques of the ‘Lazaretto’ Hospitals in the Americas” International Journal of Leprosy 65. 2 (1997): 252-55.

J Bernabeu-Mestre and T Ballester-Artigues, “Disease as a Metaphorical Resource: The Fontilles Philanthropic Initiative in the Fight against Leprosy 1901–1932” Social History of Medicine 17/3 (2004): 409–421.

Susan Burns, “From ‘Leper Villages’ to Leprosaria: Public Health, Nationalism and the Culture of Exclusion in Japan”, in Isolation: Places and Practices of Exclusion, edited by Carolyn Strange and Alison Bashford (London and New York: Routledge, 2003): 104-18.

Jane Buckingham, “Leprosy in the Pacific Islands” WHO Goodwill Ambassador’s Newsletter for the Elimination of Leprosy 28 (October 2007)

Jo Robertson, “In Search of M. Leprae: Medicine, Public Debate, Politics and the Leprosy Commission to India”, in Economies of Representation: Colonialism and Commerce, edited by Helen Gilbert and Leigh Dale (UK: Ashgate, 2007).

Liora Navon, “Cultural Notions versus Social Actions: The Case of the Socio-Cultural History of Leprosy in Thailand” Social Analysis: The International Journal of Social and Cultural Practice 40 (1996): 95–119.

Megan Vaughan, “Without the Camp: Institutions and Identities in the Colonial History of Leprosy” in Curing Their Ills: Colonial Power and African Illness (Stanford University Press, 1991).

—–, “Testing a New Drug for Leprosy: Clofazimine and Its Precursors in Ireland and Nigeria, 1944–19661” Evidence, Ethos and Experiment: The Anthropology and History of Medical Research in Africa (2011).

Brittany Kula and Joan L Robinson, Letter to the Editor, “Mistreatment of Immigrants: the History of Leprosy in Canada” Leprosy Review 84 (2013): 322-4.

Diana Obregón, “The State Physicians and Leprosy in Modern Colombia” in Disease in the History of Modern Latin America: From Malaria to AIDS, edited by Diego Armus (Durham & London: Duke U P, 2003): 130-157.

Stephen Snelders, “Leprosy and Slavery in Suriname: Godfried Schilling and the Framing of a Racial Pathology in the Eighteenth Century” Social History of Medicine 26.3 (2013): 432–450.

Rod Edmond, Leprosy and Empire: A Medical and Cultural History (UK: Cambridge UP, 2006).