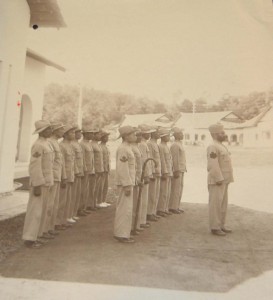 The League of Nations holds records on the Health Commission of the League of Nations investigation into Leprosy. Documents cover the years 1925 – 1930. They include documents and correspondence around the decision of the Health Committee to enquire into problems associated with leprosy;  the preliminary report to the Health Committee of the League of Nations in 1926 made by Chagas; the appointment in October 1928, of Etienne Burnet as Secretary for the Commission; and the subsequent tours of investigation conducted by Burnet in 1929 (January) to London and the Baltic Countries, in 1929 (March – October) to the American republics, in December 1929 to Latin America, and in January – June, 1930 to the Far East (India, Malay States, Java, the Philippines, Canton, Shanghai, Japan, and Honolulu). The 1930 resulting reports are included with responses to the enquiry sent out to all countries. These responses may include plans of leprosaria and some photographs.