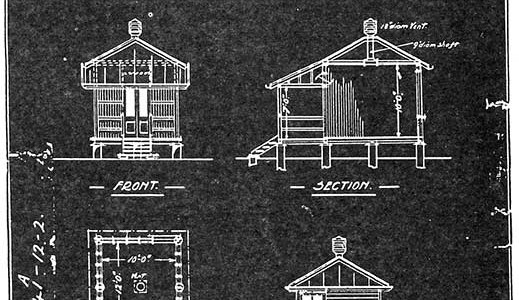 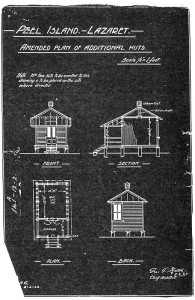 The Queensland State Archives have substantial records of the Colony’s and the State’s dealings with leprosy from the 1880s until the 1950s. There are patient records over this period, medical reports, correspondence relating to patients and treatment, and there are copies of the legislation introduced in 1891 and 1892. (Please note that patient records are restricted for longer periods of time than general correspondence records.) There are also letters written to the authorities by people who were detained in these institutions. There is a summary of the actions resulting in the removal of Chinese leprosy patients to Daymen Island (1889), the administrative decisions leading to the establishment of a leper colony on Friday Island, documents relating to the establishment of the lazarette on Peel Island (1906 – 1959), medical reports documenting the history of the lazarette, and reports on patient disturbances.

There are documents that record the transfer of authority for the lazarette to the Department of Health at Federation (1901) and later records relating to the work of Sir Raphael Cilento in establishing the lazarette on Fantome Island (1939-1973). The correspondence relates to Dayman Island, Friday Island, Stradbroke Island, Peel Island, including grievances, newspaper cuttings, medical and police reports, reports of the Government Resident, copies of the Leprosy Act 1892, and regulations for treatment and prevention of leprosy.