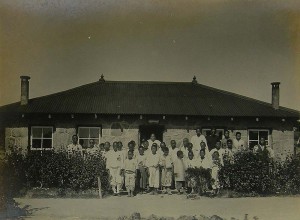 Members of the Damien Foundation visited Korea to assess the leprosy situation in 1960. They were keen to make a contribution to work against the disease there and signed an agreement with the Korean government to that end. The report they produced provides a snapshot of the extent of the disease in Korea at the time and also some of the problems that the Damien Foundation would encounter in their efforts to assist. *1

Firstly, any attempt to estimate the extent of the disease was inexact, although this was a problem peculiar to leprosy anywhere, not only to Korea. In 1941, approximately 13,772 people with leprosy were institutionalised during the Japanese occupation. In 1948, the overall presence of the disease was estimated to be 40,000. 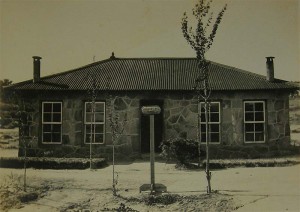 Robert Cochrane had estimated that there were probably 150,000 people with leprosy in Korea, but Trapmann, the WHO advisor for leprosy in Korea, thought it was more likely to be between 70,000 and 80,000 in a population of 25 million, that is between 3-4/1,000, which was high.

There were 35,000 people with leprosy who were actually registered and 22,659 of these were being treated as inpatients. Of these, 8071 were in the national leprosarium, Sorokdo. A large proportion of these people suffered permanent disabilities from injuries associated with the disease. There were an additional 1,788 in specially designated institutions for leprosy-associated disabilities. A large group of 12,800 people lived in settlement and resettlement villages. Over and above that, approximately 12,341 people were being treated as outpatients. 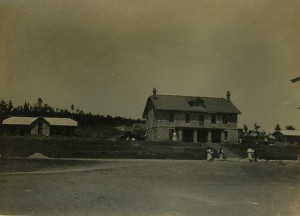 Leprosy control in Korea had traditionally depended on segregation.

The Korean Leprosy Association (KLA) had been created in 1946. It had 10 regional chapters. There was also a Council of Korean Leprosy Relief Works with a seat in Pusan, to which 68 institutes or colonies and 28 homes for uninfected children of leprosy patients were affiliated. In all there were

The existing national leprosaria were as follows:

The resettlement villages were for people who had been discharged from the national leprosaria. In 1961, the public health authorities ordered the discharge of negative patients. In 1967, only 507 were bacteriologically positive out of the 4,239 who were examined. Many people were reluctant to leave the leprosaria, for prejudice against leprosy was strong, making it impossible for people to return to their families. To hasten the rehabilitation of institutionalised people, the Government planned to convert 52 of the old colonies into settlement villages, but for this to work, the villages had to be self-sufficient.

On April 15 1966, the managing director of the Damien Foundation signed an agreement with the government of the Republic of Korea for five years to take over the medical activities on Sorokdo island, the most important leprosy settlement in Korea. Both the WHO advisor for leprosy in Korea, Dr Trappman, and the president of the Korean Leprosy Association, Professor Lew, supported this initiative.

They visited a range of sites to gain an overview of anti-leprosy work in Korea:

The Damien Foundation in Sorokdo aimed to socially rehabilitate as many of patients as possible and to reconvert the leprosaria into a temporary treatment centre. Dr Van Droogenbroeck, who was the legal representative of the Damien Foundation in Korea, reported on the national leprosarium, Sorokdo, in June 1967. The cost of rehabilitation was high – more than 20% of the budget for leprosy control would be required to rehabilitate 12,800 people, although this would be less expensive than supporting them in institutions for the rest of their lives. He aimed to break down the old practices of institutionalisation. *2

Mobile teams were in their earliest stages of development. A WHO pilot project was operating. There were also three pilot mobile teams supported by TLM, the Catholic leprosy service, and SAM respectively. 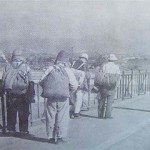 Between 1928 and 1940, during the economic depression and under the Japanese Imperial Government, many people in Chosen were homeless and between 3,000 and 4,000 died, every year. 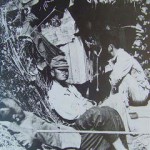 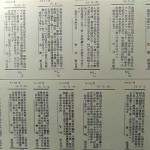 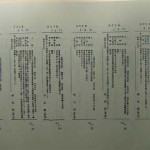 The expansion of Sorok Do should have prevented the loss of life of vagrant leprosy-affected people, but the deaths continued 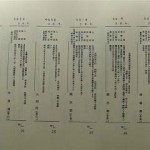 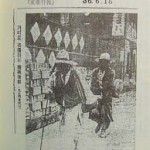 A newspaper clipping from 1936, June 15, showing vagrant Hansen Disease patients. The headline says ‘If they are spotted on the street they should be sent to Sorok Do’. 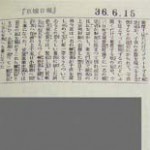 The newspaper article writes of grotesque and horrifying leprosy patients who believed the myth that their disease could be cured if they ate the liver of a small child, so they roam around looking for children to abduct.

*1 From The Fight Against Leprosy in Korea, Report of the visit in Korea (March-April 1966) of R F Van den Wijngaert, managing director of the Damien Foundation, International Organisation for Leprosy Control

*2 “General Report of the “Damien Foundation” Activities at the National Leprosarium Sorokdo (June 1967) was written by Dr Van Droogenbroeck, Legal Representative of the Damien Foundation in Korea. Vice Chairman of the steering committee of mobile leprosy control – Cholla – Namdo Province.