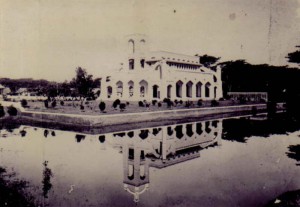 In 1909, there were estimated to be 10,000 people with leprosy in the entire country. (Brown) Within two years, this was revised upwards to an estimated 15,000 cases, and although twenty years later, the numbers were indicated an incidence of 8,000 – 10,000, some specialists claimed that it was closer to 30,000 cases or more. (Cochrane)

By 1953, the prevalence rate of leprosy in Thailand was accepted to be approximately 5 per 1,000. Dedicated leprosy control activities began in 1956 in Khon-Kaen Province and gradually expanded to cover the whole country in 1972. Leprosy work was integrated into the provincial health services in 1971 and into the primary health care system in 1976. By 1987, the prevalence rate had reduced to 0.537 per 1,000. The public health plan is to aim to eradicate the disease using chemotherapy, immunotherapy and immunoprophylaxis with antileprosy vaccines in the future. (Montreewasuwat and S. Peerapakorn)

Liora Navon, “Cultural Notions versus Social Actions: The Case of the Socio-Cultural History of Leprosy in Thailand”. Social Analysis: The International Journal of Social and Cultural Practice 40 (1996): 95–119.