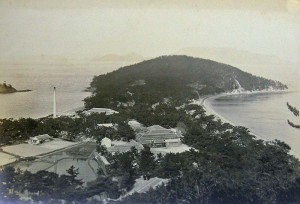 When Dr Herbert Windsor Wade visited Japan, he returned with photographs of Oshima. Isaac Santra also visited Oshima. He noted that since 1909, 600 people had died there and their body parts had been preserved for pathological purposes. He was told that M. leprae had been found in the foetuses of unborn children (28). Sterilisation by vasectomy was used there.

Santra also described two miles of roads constructed by the Young Men’s Association. These roads crossed the hills, and small bells with flags were attached to the trees by the side of the road. The bells tinkled to warn those whose sight had been impaired, and were called “the blind man’s friend”. Santra also remarked that one of the residents had produced a journal for ten years, written several books, and composed poetry. 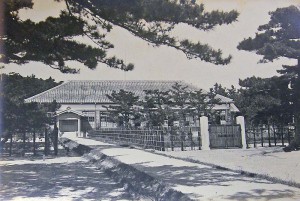 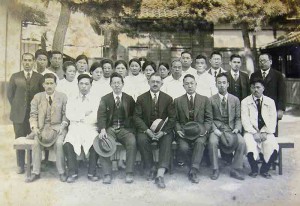 Staff at Oshima, with Dr Wade