Man with a Message

Originally published in the WHO Goodwill Ambassador’s Newsletter for the Elimination of Leprosy, Issue No. 45 (August 2010). The information was correct and current at the time of publication. 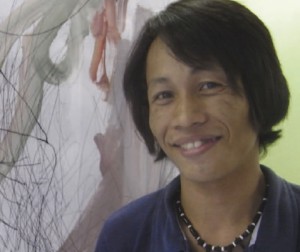 Mark Anthony Bengan earned a diploma in computer accounting in May. The 26-year-old Manila resident with a bright smile and a taste for alternative rock enters the job market confident his qualification will stand him in good stead. But 10 years ago, back in his home province of Capiz in the central Philippines, the future looked far less rosy.

Mark was 17 when he first noticed patches appearing on his skin. His grandmother urged him to visit a folk healer, who concluded that Mark was possessed. Two years later, the patches were still there, so he went to see a dermatologist, who diagnosed him with leprosy.

By then, Mark already suspected he had the disease, based on TV programs he had seen that described symptoms similar to his own. His immediate response to the diagnosis was a feeling of self-loathing, and the question, “Why me?”

His spirits rose when the dermatologist assured him that leprosy was curable and he was started on a course of multidrug therapy. But after a year he did not feel well because of leprosy reaction (when the body reacts to the dead bacteria killed off by the medication), so the whole family relocated to Manila in 2003 to enable Mark to receive treatment at the Philippine General Hospital.

By now, Mark had already experienced the stigma and discrimination that accompany leprosy. In Roxas City, Capiz, friends shunned him when they found out he had the disease. In Manila, the family had to move house after their landlady learned of Mark’s condition.

“Because of this discrimination, I learned to be a loner. For two years, I hardly left home,” he recalls.

But two things saw Mark’s life take a turn for the better. In 2004, he joined the Hansen’s Club, a support group for people affected by leprosy at the Philippine General Hospital. And he came into contact with the Philippine Leprosy Mission (PLM), which encouraged him to pursue his studies and awarded him a two-year scholarship to study computer accounting.*

The Hansen’s Club meets on the second and fourth Wednesdays of every month. It has about 15 regular attendees, and the number is growing. “We help each other and offer advice to new members. I tell them that they have to fight the disease, that leprosy is curable, and that with the help of doctors and the PLM, it is possible to return to society.”

Only his studies stopped Mark from attending the meetings. Now he has graduated, he is once more a Hansen’s Club regular, because he wants to be there for people who need the kind of encouragement he received when he needed it most.

“I learned to be a loner. For two years, I hardly left home,” he recalls.

Mark’s message to the general public, which he relayed on national television for World Leprosy Day, is straightforward: “People affected by leprosy don’t want pity, they want understanding and support.”

One problem is that people don’t know enough about leprosy, he says, and what they do know is often ill-informed. “If people learn you have Hansen’s disease, they turn away before you can tell them about it. But I will always talk about the disease to those who want to know more.”

While acknowledging the important role of support groups such as the Hansen’s Club, and NGOs such as the Philippine Leprosy Mission, he says the government also has a vital part to play. “I think they need to make more commercials to educate people about leprosy.”

Mark is one of seven siblings. Today they all live together with their parents, with the exception of two older brothers who now have families of their own.

“When I was first diagnosed with leprosy, my mother was very sad and hurt. This was not what they had planned for me. But my family stood by me and never rejected me. Now I want to do my best for them, because of what they have done for me.”

For the 2010-2011 school year, the Philippine Leprosy Mission’s Educational Assistance Program funded a total of 267 students across prep school, elementary, high school, vocational and college levels. The Sasakawa Memorial Health Foundation supported a further 135 students at elementary level and above.