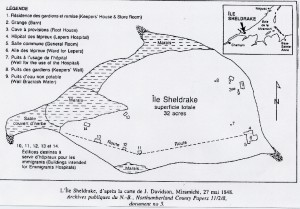 The first case of leprosy in New Brunswick, on the east coast of Canada, was noted in 1815. In 1842, reports began to circulate that leprosy was making serious inroads in north-eastern New Brunswick, in an area settled preponderantly by French-speaking Acadians. Two years later, government officials were sufficiently alarmed that they established a lazaretto on Sheldrake Island, situated on the Miramichi River about eight miles below Chatham. On April 16, 1844, the New Brunswick government passed legislation entitled “An Act to Prevent the Spread of a Disorder Now Existing in Certain Parts of the Counties of Gloucester and Northumberland”.  The newly appointed Board of Health chose Sheldrake Island in the mouth of the Miramichi River for the lazaretto.

On July 19, 1844, a group of 18 people, ranging in age from 8 to 46, were admitted to the lazaretto. They were forced to leave home and family and take up residence on the island. Inmates of Sheldrake repeatedly attempted to escape, children as well as adults: ten-year-old Barnabé Savoie made it home, but the terrified child was taken from his father and returned. 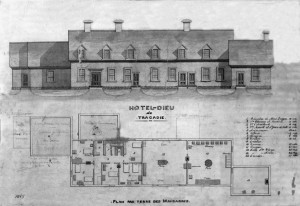 In 1849 the institution was relocated in the coastal village of Tracadie, allegedly the epicentre of the disease, and thirty-one people were transferred there. “In New Brunswick, the disease generated an elaborate pattern of responses, including its own lore. For the historian the problem of decoding this lore and determining its function poses an interesting interpretive challenge.” (Stanley-Blackwell)

The Religious Hospitallers of Saint Joseph came from Montreal in 1868 to take care of the people at Tracadie, and they continued this ministry until the last one left in 1965.

“Numbered among the exclusive cadre of leprologists was Dr. Alfred C. Smith, medical superintendent of the Tracadie lazaretto, located in a remote village in northeastern New Brunswick, Canada (Fig. 1). The price of Smith’s physical isolation from the major medical centers of the 19th century was ultimately undeserved neglect. However, the private papers of this little known physician reveal that he counted among his colleagues the leading dermatologists and leprologists of his time, including Drs. Jonathan Hutchinson, James White, Isadore Dyer, Albert Ashmead, and George Pernet, editor of Lepra. Some of these medical luminaries even paid Smith the compliment of making a pilgrimage to Tracadie, such as Dr. James E. Graham, one-time Vice-President of the American Dermatological Association; George Fox, a leading American dermatologist; the legendary Dr. William Osler, and Dr. Henry Stelwagon, the renowned American author of A Treatise on Diseases of the Skin. Their visits were only partially motivated by professional curiosity. They also wanted to make the acquaintance of the remarkable doctor who had transformed the Tracadie lazaretto into a model institution.” (Stanley-Blackwell) 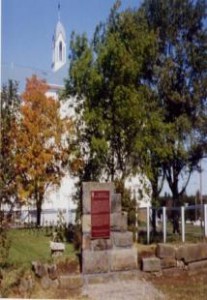 The Historical Museum of Tracadie

The Historical Museum of Tracadie is the only museum in Canada which offers an insight into what was a leprosarium in the 19th century. Nearby is the cemetery where the names of approximately 60 leprosy-affected people can be found.

The labour of Chinese immigrants went into the building of the Canadian Pacific Railway. Once the railway was finished the Chinese found themselves unemployed and subject to increasing racism. Kula and Robinson write that “When in 1891 the sanitary commission for the city of Victoria discovered five individuals with leprosy in Chinatown, the municipal government immediately set to work exiling those affected to D’Arcy Island, about 25 km off the shore.” By 1906, there were 23 people with leprosy on D’Arcy Island.

Kula and Robinson compare the differences between treatment of people on D’Arcy and those at Tracadie. The people at Tracadie were taken care of by volunteer nuns. There were 218 at Tracadie throughout its existence.  On D’Arcy, however, residents were alone. They had to depend on each other to survive. In 1907 though, those still alive on the island were repatriated to China and new cases were sent to Bentinck Island, which was better resourced.

Bentinck and Tracadie operated until 1957 and 1965 respectively, each closing following the death of its last patient. 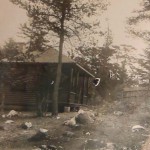 Huts on Bentinck Island, British Columbia (Source: Archive of the League of Nations)

Blueprint for the leprosarium at Bentinck Island (Source: Archive of the League of Nations) 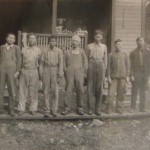 Residents of Bentinck Island (Source: Archive of the League of Nations)

Brittany Kula and Joan L Robinson, Letter to the Editor, “Mistreatment of Immigrants: the History of Leprosy in Canada”, Leprosy Review 84 (2013): 322-4.