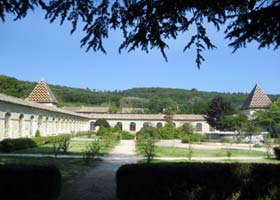 Philadelphe Delord was born in the Gard region in 1869 in an old Protestant family. After studying theology in Geneva, he became a pastor in 1892 in the free Churches at Florac and Marseille. He was appointed to the Missions Evangéliques de Paris – SMEP – (Paris evangelical missions). He left them in 1897 to become a missionary in Maré, an island in the Loyalty archipelago, near New Caledonia. He stayed there until 1910.

The archipelago was evangelized by the London Missionary Society, and became French in 1853. With the help of the natas, native shepherds, he started evangelizing the Grande Terre (main island), created schools, printed books, including the Bible, in Nengone, the language of Maré. In 1898, he visited the leprosarium of Ha Athoua (which means “it is finished”) and was deeply affected and moved to work against leprosy, which was called “la kabari”. He built two leprosaria. In 1907, he managed to prepare aïouni in which he mixed edible oil (olive oil?) with chaulmoogra oil. 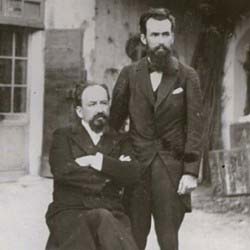 When Delord came back to Europe with his family in 1910, he settled in Lausanne. During that time, he continued taking care of the people with leprosy, making and giving out aïouni, and delivering lectures. In 1922, he founded the Comité de Secours aux Lépreux (committee for helping people with leprosy) in collaboration with the SMEP. The committee supported four leprosaria: Manakavaly in Madagascar, Orofara in Tahiti, Chila, in Lifou and Bethesda, in Maré.

At the beginning of the 20th century, fighting leprosy became a priority in French colonies in Africa, Oceania and Indochina. In France, several hundred people with leprosy were hospitalised in large cities such as Paris, Marseille, Bordeaux, but there were no specialised centres to treat them.  Having realised that they were helping people from other nations, but not their own countrymen who had been afflicted with leprosy, in August 1926, in Uzes, the pastor Delord, now the Director of the A.S.V.M.T., the “Association de Secours aux Victimes des Maladies Tropicales” (Association for the Treatment of Victims of Tropical Diseases), bought the Carthusian charterhouse (chartreuse) in Valbonne, in the Gard, with funds from the American Leprosy Mission.

People were admitted to Valbonne on a voluntary basis and stayed on their own undertaking, as there was no law in France to compel them. The layout of the sanitarium included a grand cloister and a central courtyard with a garden. There were 24 cells with three rooms in each. There was a bedroom each, for two people, and a common room. There was a small garden in front of each cell where people could grow flowers. In the sanitarium, there was a big living room with a library. People could meet once a week for music recitals and lectures. They were also free to walk around the grounds and visit the chapel. They could work in the garden, help each other, raise chickens or rabbits, but they were not asked to do heavy work because some were blind and their some had damaged hands. In 1931, there were twenty-five in the sanatorium. Several people had already been discharged as non-contagious, although they were kept under observation before being completely cleared of the disease.

The sanatorium of Valbonne was officially recognized by the Ministry of Health. It housed several hundreds of sick people between 1929 and 2003. By the 1960s, with more effective medication, it was no longer necessary to hospitalise or isolate people. Philadelphe Delord died in Valbonne in 1947. He was buried alongside his wife in the garden of the charterhouse. On his tomb, a verse of the apostle Paul was engraved: “None of us lives to himself.”

From correspondence between Etienne Burnet and Philippe deLord, 15th October 1931