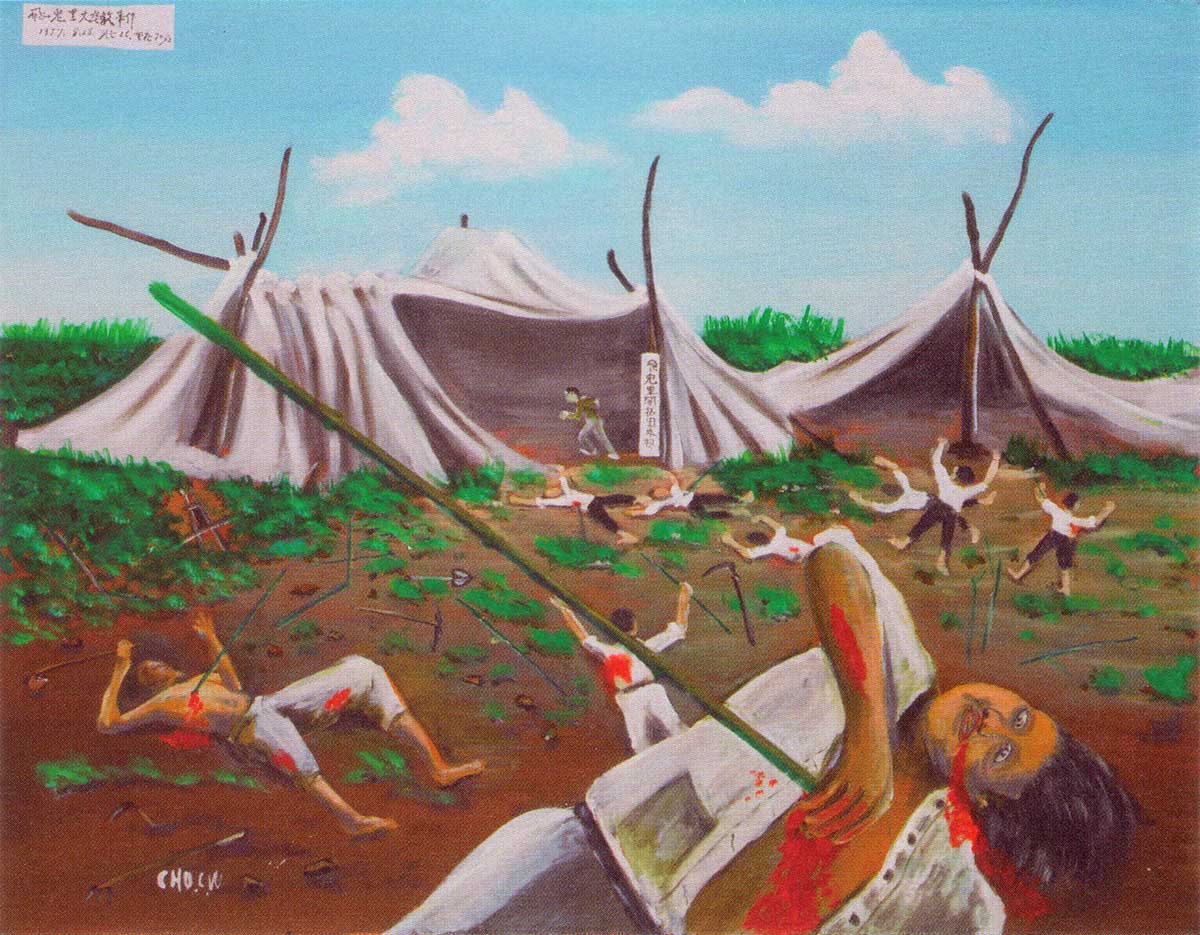 In August 1957, patients and former patients living at 永福園 wanted to move to the island of Bitori, but the residents opposed this and many people were killed or injured.

永福園 is a village of persons affected by Hansen’s disease formed in South Korea’s Gyeongsangnam-do in 1949. After seven or eight years, the number of households exceeded 40, and the acquisition of more land became an urgent issue, which led to a plan to relocate the village to the nearby island of Bitori. The island had previously been the site of a Japanese-operated orchard and also had abundant marine products, and after liberation, 160 households, comprising approximately 560 people, moved there.

The people from 永福園 went to Bitori to move there, but the island’s residents had no understanding of Hansen’s disease and worried that they would have to give up their land, so they turned them away.

They had numerous discussions after this, but they kept resulting in conflicts with the island’s residents, and on August 28, 1957, approximately 100 islanders killed 30 and wounded several dozen persons affected by Hansen’s disease.

Located in Jeollanam-do, this was Korea’s only national Hansen’s disease sanatorium. It opened as the Shoroku-tou Jikei Clinic in 1916, when Korea was a Japanese colony. The facility was expanded in 1934, and the name changed to Shoroku-tou Kousei-en.
After gaining independence from Japan, South Korea enacted the Infectious Disease Control and Prevention Act, and Hansen’s disease came to be treated as an ordinary infectious disease. The law was revised in 1963 to abolish forced quarantining.
Today, most Korean people affected by Hansen’s disease live among the general public, but about 40% live in colonies, and 10%, or roughly 700 people, live at the Sorokdo National Hospital.

“As you know, I am not a professional artist. If you ask why I paint, it is to pass on the tragic history of Hansen’s disease in Korea, and the especially sad history of Sorokdo to future generations, with the wish that this tragic history will never be repeated. Please forgive me if my artistic technique and depth are not sufficient.

Other works by this artist

Go back to previous page.