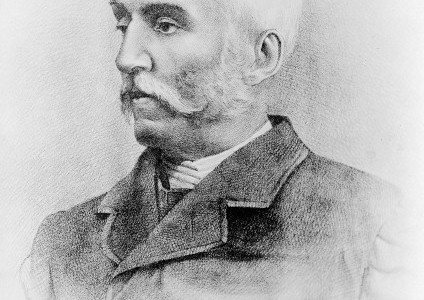 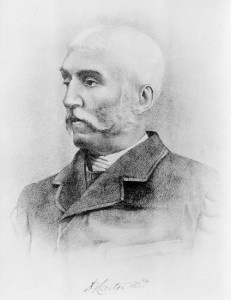 Self-portrait by Henry Vandyke Carter, 1870. Many of Carter’s publications are held in the India Office Archives. (Wellcome Library, via Wikimedia Commons)

Publications on leprosy include the report of the Leprosy Commission 1890-91, responses to the Royal College of Physicians 1865, and Vandyke Carter’s various publications. Of particular interest are reports on the murder of people afflicted with leprosy. There are reports on the trials of treatments for leprosy, including the use of cashew nut and gurjun oil, the Beauperthuy and Dougall systems; often containing detailed case notes, and occasionally with medical illustrations and photographs. This series also contains details of the provision of leprosy hospitals, records of hospital admissions, reports of apparent outbreaks, and investigations into the extent of leprosy across India.

There are documents that refer primarily to international efforts to combat leprosy, conference proceedings and the reports of international health organisations, such as the Government of India, Central Advisory Board of Health; League of Nations Health Organisation, and International Research Centre for Research on Leprosy; The British Empire Leprosy Relief Association; and Calcutta School of Tropical Medicine. East India Company General Correspondence, 1602-1859 includes details of arrangements for Company employees, soldiers and prisoners afflicted with leprosy (includes details of specific cases). There are documents concerning immigration and leprosy, and arrangements to prevent the importation of leprosy into India and throughout the British Empire. The Archives of the Friends of Vellore Christian Medical College and Hospital and of their predecessor, the British Board of the Hospital (1916-1996), are held here. There is an extensive collection of photographic slides showing leprosy treatment and hospital scenes, plus correspondence with the British Leprosy Relief Association.